How can companies effectively measure the negative effects of bad publicity?


Alberto González
How can companies effectively measure the negative effects of bad publicity?

Consumers are increasingly providing unsolicited feedback to companies and to each other, and negative publicity has been steadily increasing for the past 30 years. Consequently, negative information about brands and companies is prevalent in the market place. This negative information has more impact on consumer’ attitudes than an equal dose of positive information and spreads rapidly over the internet as a result of the increase on social media utilization. Diverse efforts have been undertaken to measure the effect this negative publicity has in companies but quantifying its impact has proved difficult.

Negative publicity affects companies differently but, on a general level, we can categorized bad publicity into the one primarily related to product performance (e.g. product defects) or the publicity more related with organizational or values (e.g. discrimination, labor abuses). When facing negative publicity, a particular company has mainly three response tactics:

Independently of the tactic used, it has been argued that the speed of the response is critical for the company to achieve a favorable public response. Moreover, in the past years, and due to the increase on the amount of information available, a denial and rejection response has rarely worked in convincing the public. However, the question remain, how can companies measure the effects of this bad publicity?

First efforts on quantifying the impact of negative publicity related to crisis events in which a particular company needed to recall a product from the market. Classic examples of these situations are the cases of the Johnson and Johnson Extra Strength Tylenol tampering or the P&G Rely tampons controversy. In more recent years, companies such as Firestone have been forced to recall products from the markets after safety claims were made. With these cases, a simple, tough simplistic, compromise was taken: the cost of the negative publicity was assumed equal to the cost of recalling the product. As an example, P&G pulled some 400.000 cases of its Rely Tampons off the market at a cost of approximately $75 million. However, this method does not take the impact on intangible assets of the company, such as its brand, into consideration.
Bad publicity is well known to have a negative influence in brand image and this problem becomes even more challenging when different products are released under the same umbrella brand. When a company uses an umbrella brand, the negative publicity spillovers of one product might negatively affect other products released under the same brand.

One standard measurement for estimating the effect of bad publicity used in public companies concerns the stock prices. As an example, after the tragic accident of the Germanwings flight AU925 on 24th of March 2015, its parent airline’s, Lufthansa, stock went down 6% in a two-day period. This accident has been said to be also behind Ryanair shares dropping 3% on the same period. American airlines and United also dropped 2 and 1 percent respectively.

However, this type of measure is inapplicable for SMEs or private companies. Moreover, the difference between book value and market “real” value became self-evident after the dot-com bubble burst in 1999-2001, or the already classic Enron case. Applicable for these companies and public companies alike, is the idea of a reputation index as a tool to measure corporate reputation. This type of index usually comprises a variety of key factors including, but not limited to, corporate strategy, financial strength and viability, organizational culture, ethics and integrity, governance processes and leadership, products/services, strategic alliances and business partnering, and/or innovation.

Having concrete metrics regarding the views of the company from employees, clients and other stakeholders in topics such as ethics, culture, upper management, environmental policy, quality of the products or service, or financial strength, prior and after negative publicity can help companies to estimate the impact of negative publicity. A company also needs to decide how to weight all these different factors in order to develop a useful index as a “one-fits-all” criteria for the weights would be over simplistic.

Despite all the efforts undertaken to quantify negative publicity, the results are far from ideal. It is relatively clear that negative publicity will have an influence on demand and brand image but the extent of this effect varies greatly depending on factors such as:

(1) Brand loyalty of the customers. As a general rule, the higher the brand loyalty or commitment, the lower the impact.
(2) The level of exposure. The extent of media coverage and/or how psychologically or physically far the “event” took place, have an influence on the impact.
(3) Response tactic. The response of the company and whether the message turns out to be accurate has also an impact.
(4) Perception of responsibility. How responsible the company is found to be has the biggest impact on brand image, followed by company’s reputation.
(5) Credibility of the source. Claims of the company’s innocence or guilt made by external sources and how credible these sources are, have a critical impact on the perception of responsibility.
(6) Reputation and history of the company. Consumer usually analyze whether we are under an isolated event or one more occurrence of a known issue. Company reputation in general is also paramount.

As already mentioned, the second most important factor has been found to be the company’s reputation. A company with good reputation offering an inappropriate response to an event could remain favorably regarded by consumers, whereas a bad firm offering the same response will experience a loss of favor. However, it would be wise to notice that a company with a good reputation is also expected to provide an appropriate response and consumers can be disappointed if the response falls short. On a similar fashion, brand positioning has an influence on the effect. As an example, a company with a personality that is “sincere” is likely to be harmed more by a service failure than a company with an “exciting” brand personality.

All in all, some of the efforts for quantifying the impact of negative publicity have been relatively naïve or not applicable for SMEs. A combination of methods, in which measurements for certain factors are taken prior and after the bad publicity, seems to be the most appropriate instrument for measuring this impact. Nevertheless, companies should be aware that their actions, contextual factors and the personality of the consumers, are expected to have an important influence on the impact of negative publicity and that a quantification might turn out being over-simplistic. 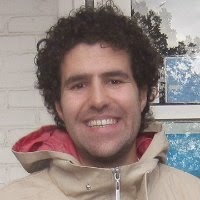 Brilliant details you have kept in your article, I am truly impressed. emotion recognition product

Hi, thanks for your great information! Well, it really seems so great. http://www.emotient.com